Rachel Maddow of MSNBC thought she had the scoop of a life time. She had scored a copy of Donald Trump’s 2005 Form 1040. Ms. Maddow took to twitter last night announcing that she would reveal Donald Trump Tax returns at 9pm that evening. Prior to her show airing the White House released Mr. Trump’s tax information showing that he paid $38 million in taxes in 2005 on income of $150 million, along with a statement:

“You know you are desperate for ratings when you are willing to violate the law to push a story about two pages of tax returns from over a decade ago. … Mr. Trump paid $38 million dollars even after taking into account large scale depreciation for construction, on an income of more than $150 million dollars, as well as paying tens of millions of dollars in other taxes such as sales and excise taxes and employment taxes and this illegally published return proves just that. Despite this substantial income figure and tax paid, it is totally illegal to steal and publish tax returns. The dishonest media can continue to make this part of their agenda, while the President will focus on his, which includes tax reform that will benefit all Americans.”

After babbling for about twenty minutes on the importance of releasing tax returns, Rachel Maddow finally revealed what she had been hyping and the White House already released, the President’s 2005 1040 and the details previously released by the White House.

The mainstream media is determined to take down Donald Trump with “the Russians did it” charges.

The mainstream media has also made incessant demands that Mr. Trump release his tax returns with the hopes that his tax information might reveal, as Hillary Clinton and others have speculated, that he has not been paying taxes or has financial ties to Russia.

In one fell scoop, Ms Maddow laid to rest those claims with a spectacular own goal disproving these suspicions. Not only has Donald Trump paid his taxes as the 2005 1040 shows, but that he paid them at a higher rate than MSNBC owner Comcast (24%), former President Obama (19%) and Bernie “Trump must pay his fair share” Sanders (13%).

"Rachel Maddow" scores a dramatic Own Goal for the other side pic.twitter.com/TQo7viJs0G

What did the Donald have to say about all this today? FAKE NEWS!

Does anybody really believe that a reporter, who nobody ever heard of, "went to his mailbox" and found my tax returns? @NBCNews FAKE NEWS! 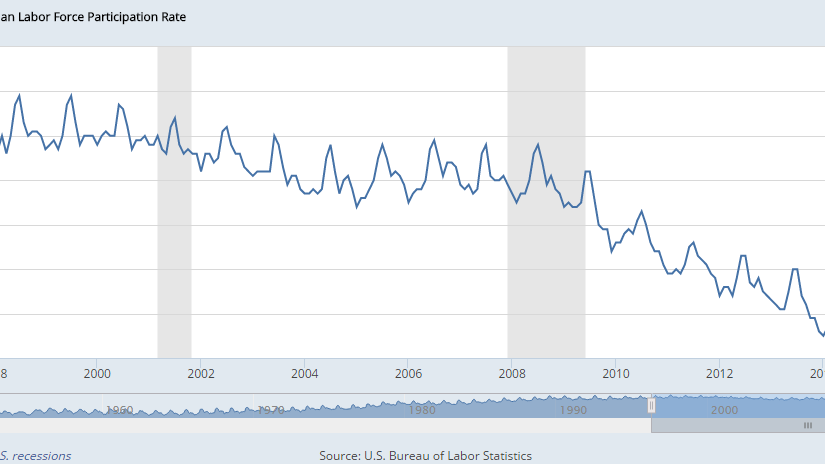 During President Trump’s address to Congress last night he noted “Ninety-four million Americans are out of the labor force.”

CNBC, desperate to discredit President’s Trump claim that 94 million are out of workforce, tweeted last night that it is untrue. CNBC then deleted the tweet and “clarified”:

“Clarification:Trump claim that “94M people are out of the labor force” is correct; his past statements that they can’t get a job is not true.”

Clarification:Trump claim that "94M people are out of the labor force" is correct; his past statements that they can't get a job is not true

The labor force participation rate is at multi-decade lows:

The labor force participation rate is down, not only because of retiring baby boomers, but also because an increasing percentage of people in their prime working ages (25-54) have left the labor force.